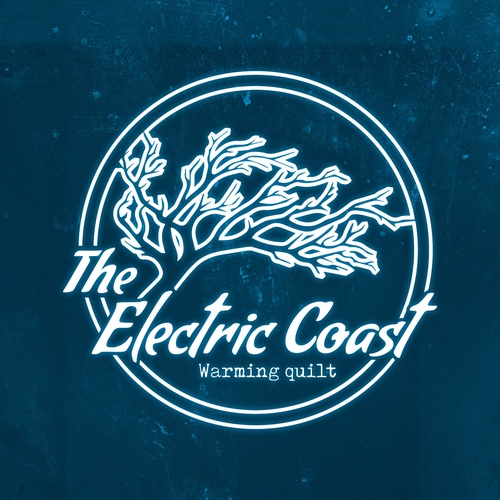 It's funny how we often find ourselves complaining about the imperfections in the music we listen to, wishing they could be smoothed out and the music be made that little bit more perfect. It's an understandable desire to want the best representation possible of the music, but it does clash with the occasional artist that comes along with a giant, glaring flaw that can be completely looked past. Intellectually, it's difficult to understand exactly how we rationalize these episodes, but music is not an intellectual pursuit. Music, at its core, is about making the listener feel something. You don't need to be perfect to do that.

I say that because The Electric Coast has one of those giant, glaring flaws staring us straight in the face. But before we get to that, let's examine what the music has to offer.

If you remember what has happened to indie rock recently, you know that it's become an angular, insular form of music that has stripped-down the fidelity and replaced actual songwriting with 'setting a mood'. Indie rock is the ramshackle husk given a cheap coat of paint by wannabe poets who aren't actually musicians. What indie rock used to be, before it was ruined, was a simple form of music that a couple guys in a garage could hammer out and entertain people with. That's the kind of music The Electric Coast is making.

The veneer is glossy, and the tones are shimmering, but the music being offered up is simple rock where a couple chords and a sing-song melody are all that you need. It's engaging music, the kind that reminds you its ok to sit back, relax, and enjoy yourself. That makes my job a bit difficult, since there isn't anything heady or intricate to relate through words. At a certain point, you just need to hear it for yourself.

When you do, there are two things that you will note. One of them is that The Electric Coast has put together a solid album of catchy, melodic indie rock that has songs with high replay value. You aren't going to hear a riff that makes you bang your head, nor a beat that catches your attention, but that's the point. The melodies slowly build one atop the next, until you realize that you're listening to an excellent display of songwriting. There are ebbs and flows, and a few moments where things could use a punch-up, but the vast majority of this record is highly entertaining, and perfect for an early Spring afternoon.

The other thing you will notice is that flaw I mentioned earlier. The vocals on this album are going to make or break your experience. The raspy delivery is not one you hear often, and I can fully understand why it would scare off many listeners. But if you remember that mainstay of the European melodic rock scene, Michael Bormann, you've heard this approach before. It's rough, but it seems to me the coarseness of the vocals plays off the sheen of the guitars in a way a cleaner voice wouldn't be able to. It's as if the vocals have to carry the weight of being a rock band, while the actual music can play a poppier style. It's an interesting approach, and it works for me.

I heard the single "Disagree" as an accident. It intrigued me a bit, so I kept listening. There was a nagging thought in the back of my head that this was something worth digging into. After a few spins, I realized that The Electric Coast is on to something here. "Warming Quilt" is a charming record that I greatly enjoyed, and one I think it going to be a staple of this summer season.
Posted by Chris C at 8:48 AM