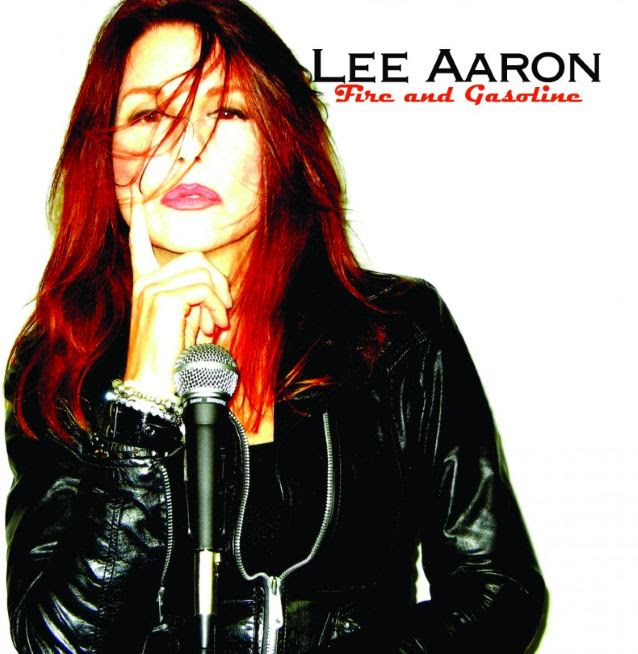 I am a critic who fully admits his biases. There are certain elements that make me prone to liking certain artists and albums, and that's nothing to be ashamed of. One of those things you could say I'm a sucker for is a women with a breathy, raspy voice. My favorite singer of all fits the bill, but that alone does not make an album a sure thing. For instance, while I praised an album last year by such an artist, I have also never managed to find a Norah Jones album I enjoy, despite finding her voice intoxicating. When I came across the first single for Lee Aaron's new album, I knew it was something I needed to listen to. Solid guitar-driven pop with that kind of singer sounded like exactly what I needed, so does "Fire And Gasoline" deliver?

That single, "Tom Boy", leads off the album. Listening to it, it's easy to see the appeal of this album. Like most pop music, the verses are left to the vocals and the drums, and then a punk energy kicks in for the chorus, when the guitars give the song some surprising heft. The more I listen, though, the more the song fades. The bridge has solid melodies, but the main chorus is too simple for my taste, and the lyrics bring more questions up, but we'll get to that in a little while.

If that song is slightly disappointing, let's be clear about something; there are plenty of great songs on this album. When the songs pull back just a bit, the melodic focus is honed, and Lee delivers some fantastic performances. A song like "Bitter Sweet" is a great example of what mature pop/rock should sound like. It's restrained, but plays right into the strength of Lee's voice. She sounds perfect singing slightly ragged and weary songs about regret. An entire album of songs in that mold would be absolutely amazing, but that's not what we get here.

What bothers me most about the album is the belief that this kind of rock needs to come from a certain perspective, which if I'm being honest, doesn't sound right coming from someone who isn't in her early 20s. "Wanna Be" has an infectious bounce to it, but hearing lyrics about wanting to be a metaphorical steering wheel, or candy bar, or lemon to squeeze, all capped off with the desire to be a "forever girl" comes across as too shallow for someone who has lived beyond such teenage pandering. A more aware set of lyrics would have made for a song that works on every level, instead of being surface-level ear candy like it is now. That problem pops up a few times, like in "Tom Boy" and the silly titled "Bad Boyfriend", and each time I can't help but thing Lee is better than this.

She proves she is many times throughout the record. The slinking, sultry "50 Miles" uses its blues basis to build a searing song. It has real weight behind it, and its dramatic flair stands out as an easy highlight. "Heart Fix" is equally strong, but in a different way, building to a smooth hook that could have been lifted from one of Matchbox Twenty's better efforts. In fact, the whole closing stretch of songs ends the album on a high note. They're beautiful songs that capture what mature pop/rock should be, with strong melodies expertly delivered by a singer more than capable of making them feel important.

If we're scoring this on points, it's an overwhelming victory. While a few lyrical choices are less than optimal, the songs themselves are still enjoyable even when that happens, and there are enough songs that are out-and-out winners to more than make up for those moments. Sure, there's a couple of missed opportunities to embrace that rock music can be made both by and for people out of their angst years, but this is still an album that has a lot going for it. If, like me, Lee's voice is right up your alley, then you'll find plenty about "Fire And Gasoline" to like.
Posted by Chris C at 8:59 AM