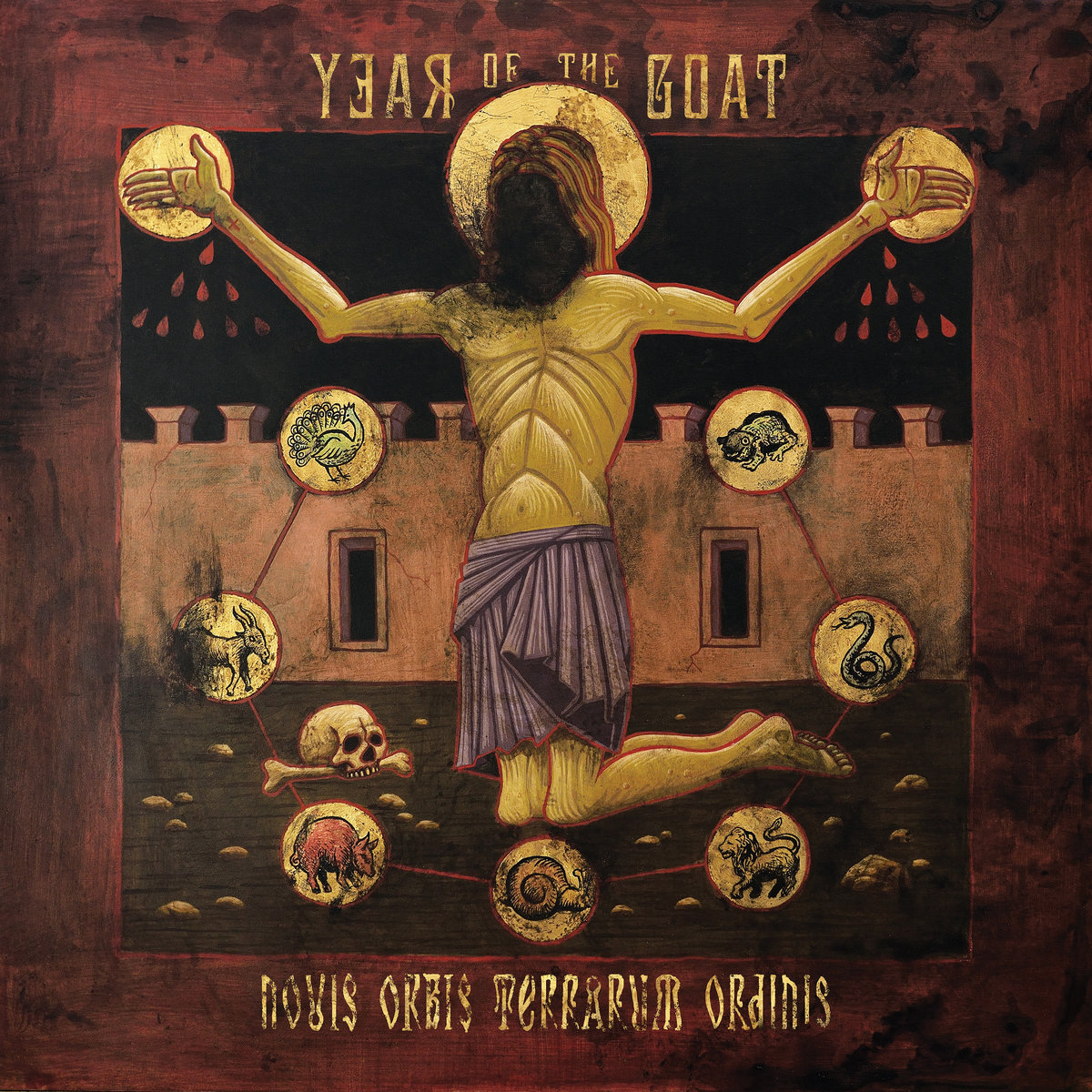 Almost every time I've reviewed a band that is either retro, or 'occult', I wind up saying the same thing; they manage to find a nifty sound, but the music is rather lackluster. There are exceptions to that rule, and Year Of The Goat is one of them. Their previous album, "The Unspeakable", is one I wasn't going to listen to. I saw the band's name, and the description, and it sounded like another album destined for the discard pile. But for whatever reason, I gave it a shot, and it turned out to be a legitimately great album. The music was retro, and it was occult, but it was also the kind of sticky songwriting that makes Satan look like the winner in a musical battle versus God. I love that album, and now that it's time for a follow-up, I'm considering this record to be one of the most anticipated of the entire (stacked) fall release schedule.

We were given two teasers, in the form of "Avataritia" and "Superbia", two very different tracks that highlight the yin and yang of the record. The former was a super-catchy track that falls right in line with the band's candlelit sing-alongs. It picks up right where the last record ended. The latter, though, was something less immediate, something a bit more subtle. There were hints of Graveyard, one of my favorite bands, in that one. It needed time to grow on me, but once it did, it opened up new possibilities for Year Of The Goat.

The band inverts the structure this time, choosing to close the album with a ten-plus minute epic rather than open with one. That gets the album off to a faster start, the band not needing long to set the tone for what's to come. "Subortus" gets things off to a rollicking start, with an off-kilter groovy riff, and the band's trademark haunting backing vocals on the hook. When I think of what good occult rock features, those kinds of ethereal harmonies are at or near the top of the list, and Year Of The Goat nail them.

This time around, the sound is a bit lighter and more open, more 60s rock n' roll than 70s hard rock. That gives the band a bit more room to play around with the sinister atmosphere, and lets the record sound upbeat. It's a nice little detail that not only separates this record from "The Unspeakable", but adds versatility to the songwriting. There are a few new (left hand) paths taken, and they might not have been possible if the production was a bit heavier and louder.

With those harmonies, "Luxuria" sounds almost like a Satanic version of CSNY, which is exactly the kind of oddball combination that I find fascinating. There's a subversive nature to this music, where the darkness is wrapped up with pop songwriting of the 60s persuasion. It's not what you would expect, and it's all the better for how it twists our ideas of what we're supposed to be hearing. It also helps that it's great.

Listening to Year Of The Goat, I feel entirely justified in how hard I come down on retro/vintage rock bands. I love the sonic style, and I want to like more of the bands trading in it, but they can't write songs to save their lives. Year Of The Goat, however, put out sticky, memorable songs like it's nothing. Sure, their image is that of the occult, but at their heart this is a classic rock record, but with more hooks and melodies than almost anything from the old days. It's the same appeal I find in Graveyard, although this is even more melodic. Frankly, it's about as perfect an illustration of how to do classic rock as you're going to find.

The only thing left unsaid is whether or not they have improved on "The Unspeakable". That's a tough question, and one I'm going to leave unanswered for now. I'd prefer to focus on the fact that "Novis Orbis Terrarum Ordinis" is a fantastic record, and a definite contender to be on the short list of the best records of the year so far.
Posted by Chris C at 8:30 AM